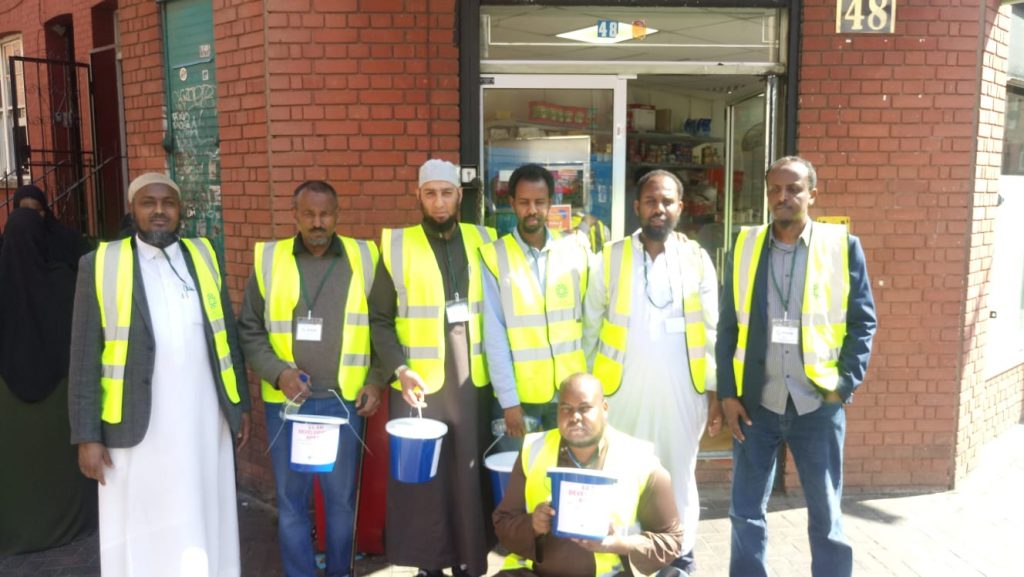 In the Name of Allah, the Most Beneficent, the Most Merciful.

Most people reading this post would know that we have been actively fundraising for the Mosque Rebuild Project. The cost of construction of Al Huda Mosque (5-floor development) will be £3.8 million and will consist of 2 phases. Read our latest Construction Update here…

There are many fundraising activities being run and a few days ago the Al Huda fundraising team alongside a load of volunteers took part in a Street Collection around Tower Hamlets on the 19th/20th April 2019. It was the bank holiday weekend with fantastic weather so lots of people out and about enjoying the sun. We would like to thank Tower Hamlets Council for affording us this opportunity.

Tower Hamlets is one of the most diverse boroughs with 38 per cent of residents being Muslim – the highest proportion in the UK. We were fortunate to speak to a range of people – raising awareness of the Mosque rebuild project and updating those that were already familiar with the Mosque. 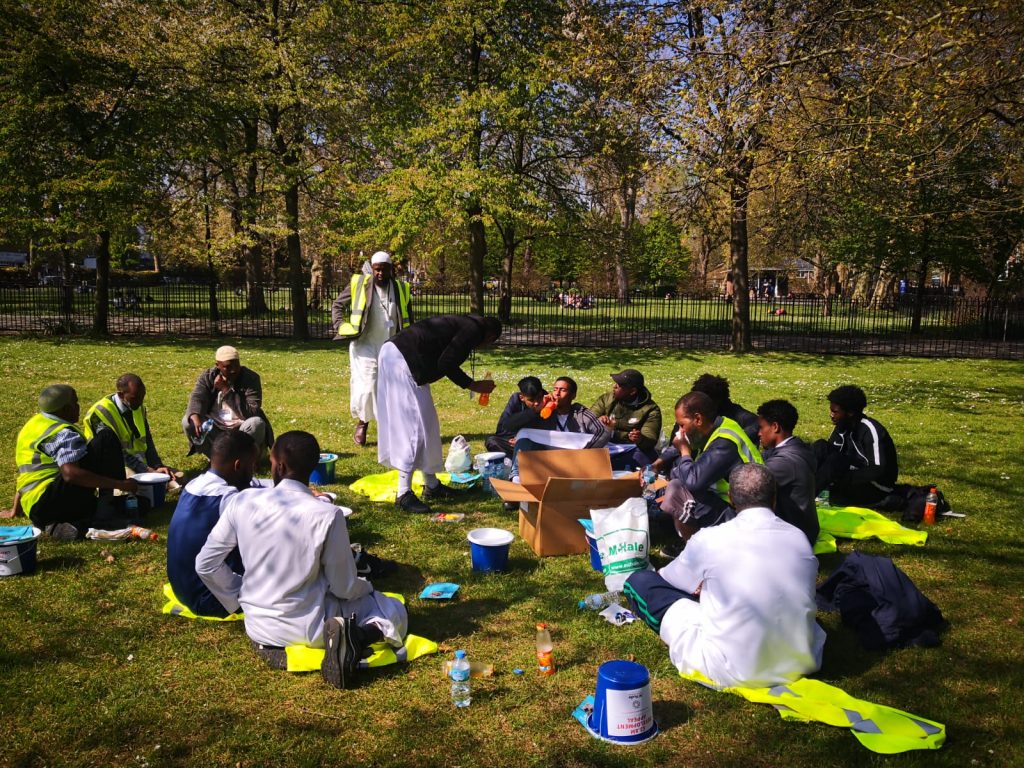 As you can see from the image above (the initial organisational talk before heading out) there was a mixture of youth and elders all in sync with a common goal to rebuild our Mosque. May Allah (swt) reward all those that took part in whatever capacity. Teams were stationed across Tower Hamlets in key market areas:

For two days – 10am to 7pm – the team and volunteers were actively collecting funds for the Mosque. Some people gave up a morning/afternoon while others volunteered for the whole two days. This is indeed a virtuous act and we ask Allah swt to reward them all immensely. 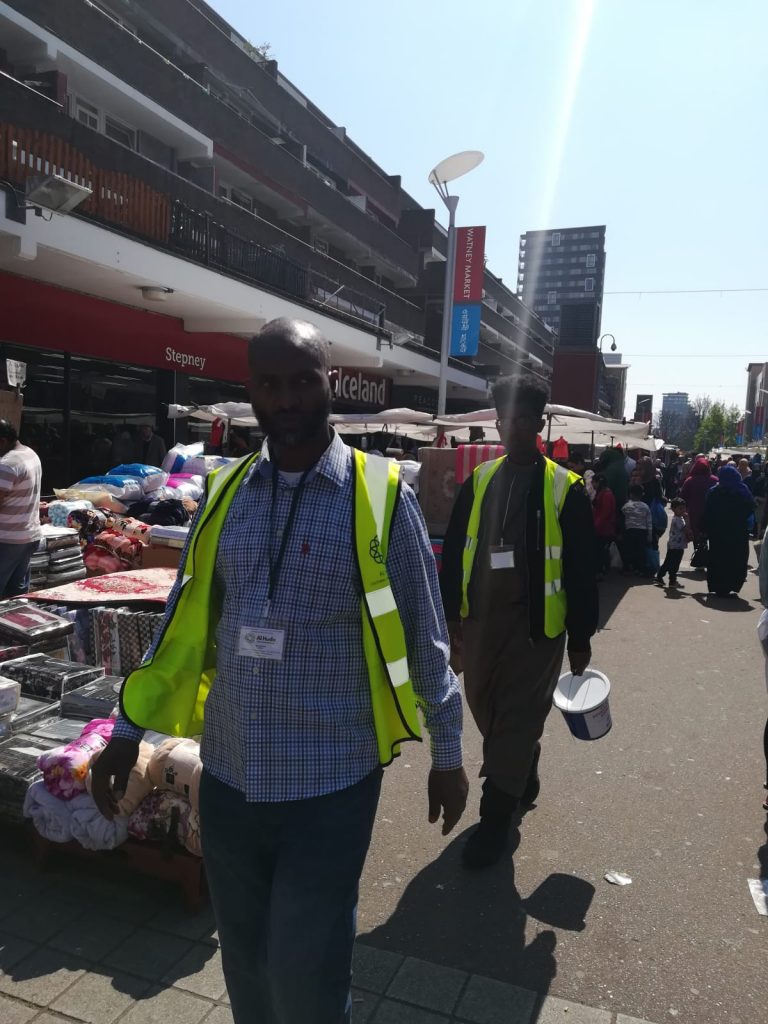 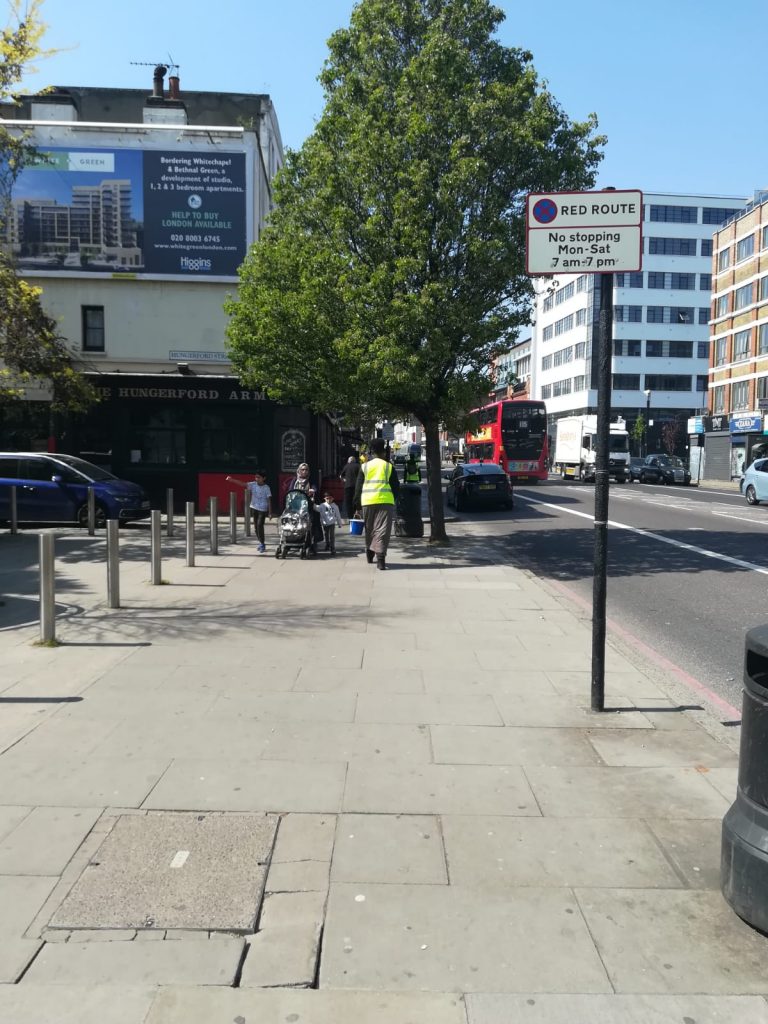 On behalf of everybody at Al Huda Mosque we would like to thank all those that donated either their time or money for the sake of Allah. Jazakumullahu Khayran.

The most humbling moment was when a young boy alone (11 or 12) came over and donated a couple pounds – this was probably a big proportion of his pocket money! This is indeed a guidance from Allah as giving Sadaqa does not come with ease and it is only through Allah’s guidance. May Allah bless him in this dunya and Akhirah.

Finally, as previously noted, there are a lot more fundraising initiatives planned over the coming weeks/months (especially in Ramadaan) in sha Allah so please follow us on Social Media @AlHudaCCM to keep up to date on developments.